After camping this weekend, our family stopped for a bite to eat, and this a summarized  portion of the conversation we had.

has been around for hundred's of years, and many legends have grown around the historical figure.  The story you read was written by Roger Lancelyn Green, probably in the 1930's or 40's.
Emma:  I was only about 100 years off.
Me:  Yes, that's right.  Did you know Roger Lancelyn Green was a good friend of C.S. Lewis's?
Emma:  You talk about C.S. Lewis so much, it's like he's your best friend.  Really, it's like you're going to meet him at Annie Moore's on Wednesday.
David:  Emma, I think you just paid your mother the greatest compliment she could receive.

this is what we sang in choir.

I love this song both for its beauty and meaning.  It is one of my favourite chorale pieces to sing.  It was written by Thomas Tallis, an English composer, during the reign of Edward VI.    The words are taken from The Gospel of John 14:15-17


15If ye love me, keep my commandments.
16And I will pray the Father, and he shall give you another Comforter, that he may abide with you for ever;
17Even the Spirit of truth; whom the world cannot receive, because it seeth him not, neither knoweth him: but ye know him; for he dwelleth with you, and shall be in you.

What a wonderful promise.
Posted by Gina at 1:32 AM No comments: 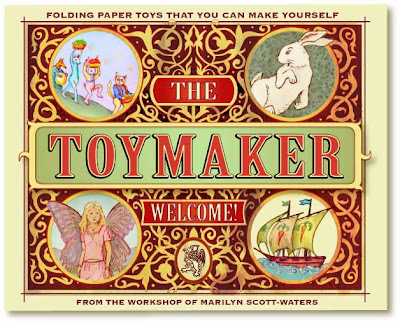 For those who like art or have children who like paper crafts and to make their own toys, here is a wonderful website called The Toymaker.  These are really beautiful and there are even templates for boxes to use for gifts.  If you sign up for their newsletter, you'll be sent fun toys to make every month.  Lovely watercolors.
Posted by Gina at 9:36 PM No comments:

Bought a bottle of Juniper Green today.  Gin and tonic season is upon us!
Update:  Getting inquiries, so here's the website.
Posted by Gina at 7:53 PM 2 comments:

Over at Rod Dreher's blog he asks, "Are you a Christian hipster?",  and links to this quiz which is set on a website about the book  Hipster Christianity, by Brett McCracken.  It is an interesting take on what's going on in Protestant circles today.  Are these signs of hipness really just signs of Evangelicals looking for a more meaningful way of worshiping and living out their daily life in a way consistent with their Christian faith?  I'm not talking about the person who's trying to be hip, as in the ironic video in my previous post, but those who are really trying to let their faith form how they live rather than allowing certain western cultural norms define their faith.

A while back, I posted about an article the late Michael Spencer wrote for The Christian Science Monitor, titled, The Coming Evangelical Collapse.  I think this hipness is a sign of the collapse, or perhaps it's reformation.

For what it's worth, here is my quiz result.

High CHQ. You are a pretty progressive, stylish, hipster-leaning Christian, even while you could easily feel at home in a decidedly un-hip non-denominational church. You are conservative on some issues and liberal on others, and sometimes you grow weary of trendy "alt-Christianity." But make no mistake: You are a Christian hipster to at least some degree.

I don't think anyone who has read much of what I've written would think I'd be comfortable in a non-denominational congregation, which here in the States, usually means free form, seeker friendly, non-liturgical.

If you take the quiz, check out the whole website.  Kind of funny what is being defined as hip, like being well read!
Posted by Gina at 6:10 PM No comments:


"Sunday's Coming" Movie Trailer from North Point Media on Vimeo.
The folks at North Point Media are really good sports to produce this video. What a hoot! In other ways, though, it is pretty disturbing.  The desire to be relevant actually results in being faddish and temporary.

If one would consider the historical liturgy, it is incredibly scriptural, ties us in a real, concrete way to the ancient church and to the church catholic, and builds to the important act and gift of receiving Christ in the bread and the wine. There is real beauty and holiness in that. How much more relevant can one get?!   It also removes the need or desire to always come up with something new. The newness comes not in the liturgy, but how God works on us and forms us through the liturgy. In Letters to Malcolm: Chiefly on Prayer

Every service is a structure of acts and words through which we receive a sacrament, or repent, or supplicate, or adore. And it enables us to do these things best – if you like, it “works” best – when, through long familiarity, we don’t have to think about it. As long as you notice, and have to count the steps, you are not yet dancing but only learning to dance…Thus my whole liturgiological position really boils down to an entreaty for permanence and uniformity.

Some more good helpful thoughts on the liturgy can be found at I Monk.

Hat tip to Scot McKnight over at Jesus Creed for the video.
Posted by Gina at 3:52 PM No comments:

Lyle Lovett, John Mellencamp, Ace Frehley of KISS
St. Olaf, Henry Muhlenberg, Gustavus Adolphus
'89 and 1992's Miss America
Chief Justice of the Supreme Court, William Rehnquist, we swear-ica
Bruce Willis, Lonnie Anderson, David Hasselhoff
William Hurt, William H. Macey, Kris Kristofferson are Lutherans
And on the late night TV screen, Andy Richter could tell somebody "what does this mean"
Steve Jobs of the Apple computer
Gary Larson of the Far Side cartoon
Three different astronauts who flew shuttles toward the moon
Dave Winfield and NASCAR's Dales, Earnhardt and Jarrett, each had an acolyte gown and were happy to wear it
Tim Johnson, Fritz Hollings, Paul Simon and Ed Meece all have been known to sing a little "this is the feast"
You know who likes his potluck dinner? Troy Aikman the Super Bowl winner
Governers of Indiana, Minnesota, Wyoming, Kansas, Idaho, Montana and Tennessee
And Pachabel, with a Canon In D
And Woody from Cheers and Cindy McTee these all sing a little Lutheran liturgy
Elke Sommer, Martin Marty and Lucas Cranach, The Old
Albert Swietzer, Soren Kierkegaard and Dag Hammerskold
Sally Struthers, Anne Margaret, and J.A.O. Preuss
Mary Hart, Garrison Keiller, Lake Wobegon's voice
Liv Ullman, Tom Landry, Professor Pelliken whose name is Jaroslav
Pauls -- Gerhardt, Manz, Meir and Stormin' Norman Schwartzkopf
Robert Cade, the Gatorade maker
Johannes Keppler and Dietrich Bonhoeffer
Martin Luther wasn't born a Lutheran and that might be a shock, but Mark Hansen was, April Larson and Johann Sebastian Bach
There are foods that Lutherans adopt, for example, the pretzel
Dana Carvey is a Lutheran, now "isn't that special?"
Yes, these all are Lutherans but still only just a few
The most notable Lutherans of all are every single one of you!

The Lutherans Song was commissioned for the Evangelical Lutheran Church in America national youth gathering. Written and performed by Michael Bridges and George Baum.
Posted by Gina at 12:23 AM No comments:

A helpful chart to navigate the challenge between eating healthily without going broke.

Update:  Having trouble with the image.  Will keep working at it, but in the meantime, check out the link.
Posted by Gina at 11:28 AM No comments: