Oh, did that get your attention?

There's been another broohaha in the gender/sex discussions over at TGC. Remember, not long ago John Piper made the argument that God gave Christianity a masculine feel. I wrote about it here. Now, Jared Wilson is quoting Douglas Wilson's book, Fidelity: What it Means to be a One Woman Man, in making the argument that the reason for rape and books like 50 Shades of Gray is because women are not properly submissive and men are not properly authoritative in the bedroom. Really.

When we quarrel with the way the world is, we find that the world has ways of getting back at us. In other words, however we try, the sexual act cannot be made into an egalitarian pleasuring party. A man penetrates, conquers, colonizes, plants. A woman receives, surrenders, accepts. This is of course offensive to all egalitarians, and so our culture has rebelled against the concept of authority and submission in marriage. This means that we have sought to suppress the concepts of authority and submission as they relate to the marriage bed.

But we cannot make gravity disappear just because we dislike it, and in the same way we find that our banished authority and submission comes back to us in pathological forms. This is what lies behind sexual “bondage and submission games,” along with very common rape fantasies. Men dream of being rapists, and women find themselves wistfully reading novels in which someone ravishes the “soon to be made willing” heroine. Those who deny they have any need for water at all will soon find themselves lusting after polluted water, but water nonetheless.
True authority and true submission are therefore an erotic necessity. When authority is honored according to the word of God it serves and protects — and gives enormous pleasure. When it is denied, the result is not “no authority,” but an authority which devours.


Do I need to say that this is not a Christlike way of viewing anyone's relationship? I have to wonder what part of I Corinthians 7:4 is so hard to understand. 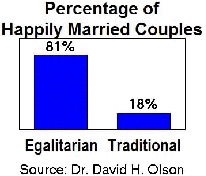 Seems pretty egalitarian to me. The scriptures describe a husband and wife coming together as becoming one, not of the woman being pursued and conquered by the man, but of mutually agreeing to come together.What we have so much of the time, is a reading of our own culture into scripture, and in TGC's culture the masculine is given power and authority.

This reminds me of the quote widely touted in the 90's, and wrongly attributed to feminist scholar and  anti-pornography activist, Catharine MacKinnon, that "all sex is rape". Of course this was held up to ridicule, but really, is it any different than what is implied here in the quote from Douglas Wilson? If sex is not mutual, or egalitarian, but described as the act of sexually conquering, what can it be other than rape?

TGC has responded to many, including Scot McKnight, who called for the offending post to be taken down. I hope it was because the author came to an understanding of just how damaging was the thought conveyed. I hadn't called for it to be taken down, because I believe exposure to light is the best disinfectant, but I understand the sentiments of those who did.

Jared's explanation.
Posted by Gina at 3:50 AM